Get the life you deserve

Taking Chiropractic Care To The Next Level

Our team at Tri-State Healing Center is here to help you reach your goals.

FOR ALL OF LIFE'S CHANGES, LET US HELP YOU. Meet our amazing Doctor that will help care for your healthcare needs. 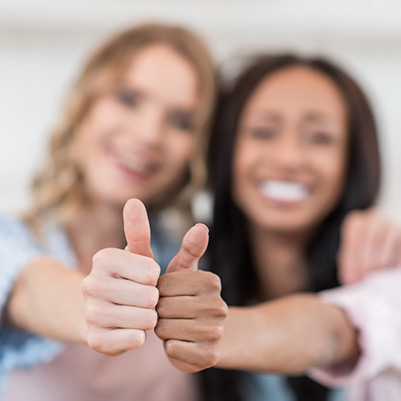 See what our patients have to say about the care they have received in our office.

With a Gentle Touch

Welcome to Tri-State Healing Center located in Angola, IN. We provide chiropractic care and customized nutritional programs to help people with a wide array of health problems. Chiropractic is one of the most amazing healthcare professions, but very few people understand what it's all about. This article is here to help you gain a basic understanding of how our Angola chiropractors can help you and your family.

I decided to become a chiropractor in Angola because it's a great place to stay busy by taking advantage of the many recreational activities the area has to offer. Like boating and fishing on one of many great lakes like James, Crooked or Jimmerson. Even hiking on a trail in Pokagon State Park is a great way to stay fit and enjoy the day.

Tri-State Healing Center is the only office around that offers Chiropractic BioPhysics, which focuses on structural rehab. Considering the fact structure dictates function, abnormal posture or any loss of curve in the spine will increase the stress and pressure on muscles, joints, and spinal nerves. Which happens to be triggers for several symptoms like headaches, migraines, radiculopathies, as well as neck and back pain just to name a few.

We are the only clinic around that takes before and after x-rays to show structural improvements, and Dr. Rob is the only certified Nutrition Response Testing practitioner in Angola and surrounding areas. Nutrition Response Testing is the best non-invasive system of analyzing the body in order to determine the underlying causes of ill health. When these are corrected through safe, natural, nutritional means, the body can repair itself in order to attain and maintain more optimum health.

We have successfully help hundreds of people overcome issues like thyroid and other hormonal problems, digestion issues like IBS, diverticulitis, constipation, and ulcers can be helped with nutrition programs designed to detox and rebuild. And with an additional 350 hours of functional neurology from the Carrick Institute, we also focus on brain balancing to help people with neurobehavioral disorders like autism, dyslexia, ADHD, and sensory processing disorders.

Still to this day, it's amazing how many old dogmatic misconceptions many people have about chiropractic care. These misconceptions started in the 1940s when medical doctors belonging to the American Medical Association (AMA) tried to eliminate the profession by portraying chiropractors as uneducated and unscientific charlatans. Their efforts to mislead the public about chiropractic professionals persisted until a 1980s federal lawsuit (Wilk vs AMA) found the AMA guilty of conspiracy against chiropractic services. Fact is hundreds of studies showing the effectiveness of chiropractic care has been published in major medical journals. For example, in 2017 even the Journal of the American Medical Association (JAMA) adds to the growing research that supports spinal manipulation therapy for alleviating low back pain, a common ailment that affects millions of Americans.

Researchers analyzed the data of more than 1,700 patients with lower back pain and found that spinal manipulation was safe and effective in both reducing pain and improving function. Patients reported greater ease in performing everyday activities along with being able to walk more quickly and sleep more soundly. If chiropractic care was dangerous, malpractice insurance would cost more than a few thousand per year. Compared to the average medical malpractice insurance police being anywhere from $50,000 to as much as $150,000 per year! People are often surprised to discover that the education received at a chiropractic college is quite similar to the education received in medical school. Chiropractic students receive more training in areas like anatomy, neurology, nutrition, diagnosis, X-ray and orthopedics. While medical students spend more time in areas like pathology, chemistry, psychology, gynecology, and pharmacology. Education is a big part of Tri-State Healing Center. That's why we offer health talks to people in the community on various health topics.

HOW TO FIND A CHIROPRACTOR IN Angola

This guide will help you find the best chiropractic clinic in Angola for you. When most people in Angola decide they need a chiropractor, they end up doing a search and just picking someone at the top.

4 EASY STEPS TO FINDING A CHIROPRACTOR IN Angola

Step 1: Open up a Google search

You will want to type one of the following in the search bar:

The best chiropractors in Angola put as much care into their website as they do into the rest of their office. By reviewing their website you will get a good feel for the doctor and if they are right for you.

Step 3: Check Out Their Reviews

Check out the Google Business Page of a chiropractic clinic you are thinking about visiting. It is easy for someone to say they are great, it's a different story to get other people to say great things about you.

Step 4: Give The Office A Call

Now that you have a basic understanding of what the office is about. Give them a call to make sure they fit the message that their website and GMB have been sending. You will know in a few minutes whether the office is the right one for you.